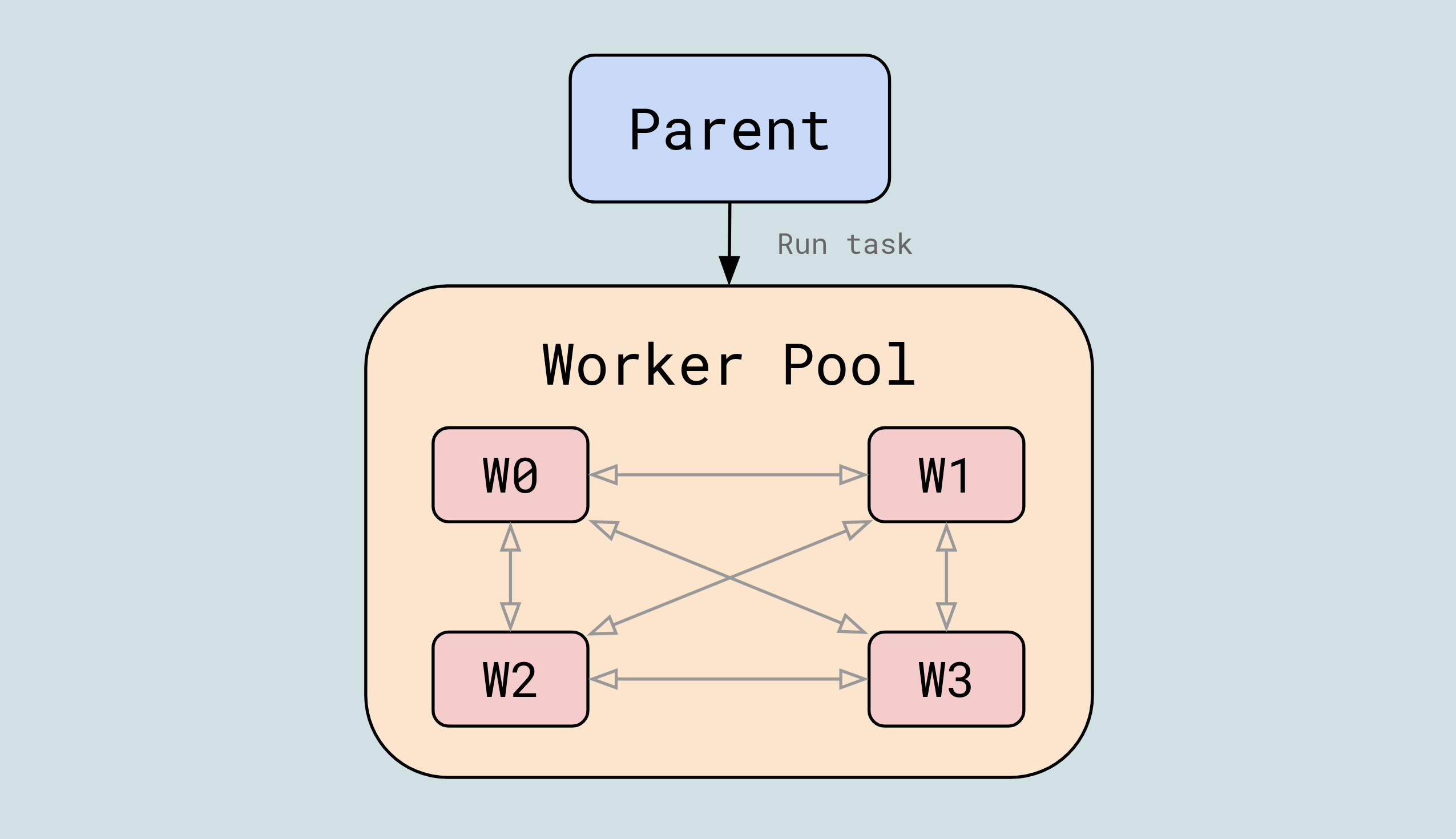 I did it again. After my latest experiment, I took things too far once again.

I recently wrote @post-me/mpi, a library to write parallel algorithms that can run on a pool of web workers, using an API similar to MPI.

A worker pool is a set of workers that are mutually interconnected. Each worker can communicate directly with any other worker in the pool.

The low level communication between workers and the parent application is managed by another library I wrote, post-me.

Below is a small example of using @post-me/mpi in practice. In this example we will be sorting an array in parallel.

The following MPI operations are already implemented in @post-me/mpi:

The library has extensive typescript support, all arguments, methods, return types, etc., are all type checked so that most coding mistakes can be caught at compile tim.

Below is a quick non-scientific benchmark that shows that indeed running a parallel algorithm is faster than serial. In the plot I’m showing the speedup obtained when sorting arrays of various length as a function of the number of workers. 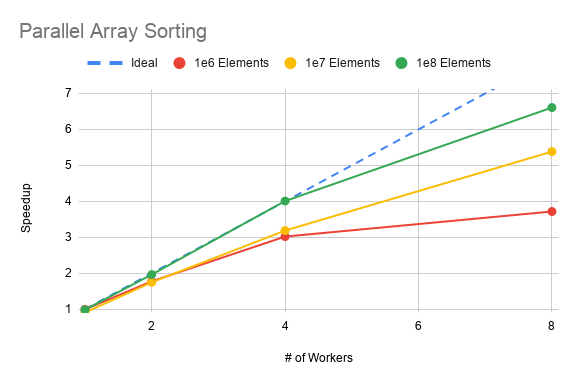 I created a small demo page where you can run a couple of test algorithms yourself (source).

Nobody asked for it, but there you have it. You can write parallel algorithms in JavaScript using a MPI-like syntax.