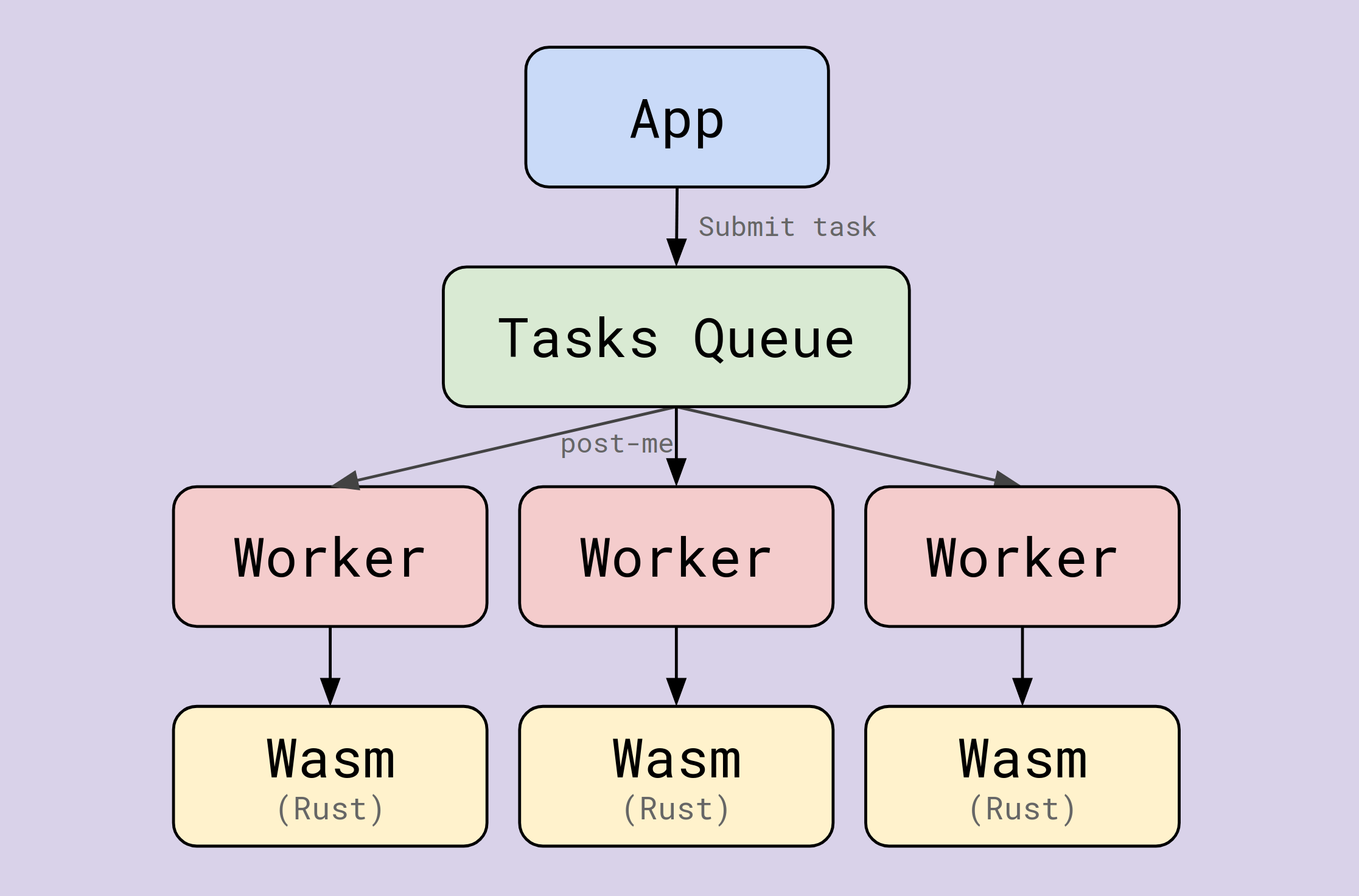 Your scientists were so preoccupied with whether or not they could, that they didn’t stop to think whether they should.

I would like to share a little experiment I did for no other reason than to show I could.

In this proof of concept application, the main application starts a pool of web workers that it later uses to offload a series of heavy tasks.

The task in question is to to render a single frame of a simple 3D scene using ray-tracing (path-tracing). The computationally intensive rendering is performed by a rust library compiled to WebAssembly.

These are the tools I used:

If you would like to run this madness, an instance of this application is deployed here.

If you would like to see the details of the implementation, you can find the source code of the app on Github

Using a similar approach, I also created an app that can detect the pitch of sounds being captured by the device’s microphone.